Why affirmative action matters in the larger social and racial justice movement: An Asian American perspective

NCAPA National Director Christopher Kang made the following remarks at a  National Action Network rally this morning calling on the Supreme Court to uphold affirmative action. 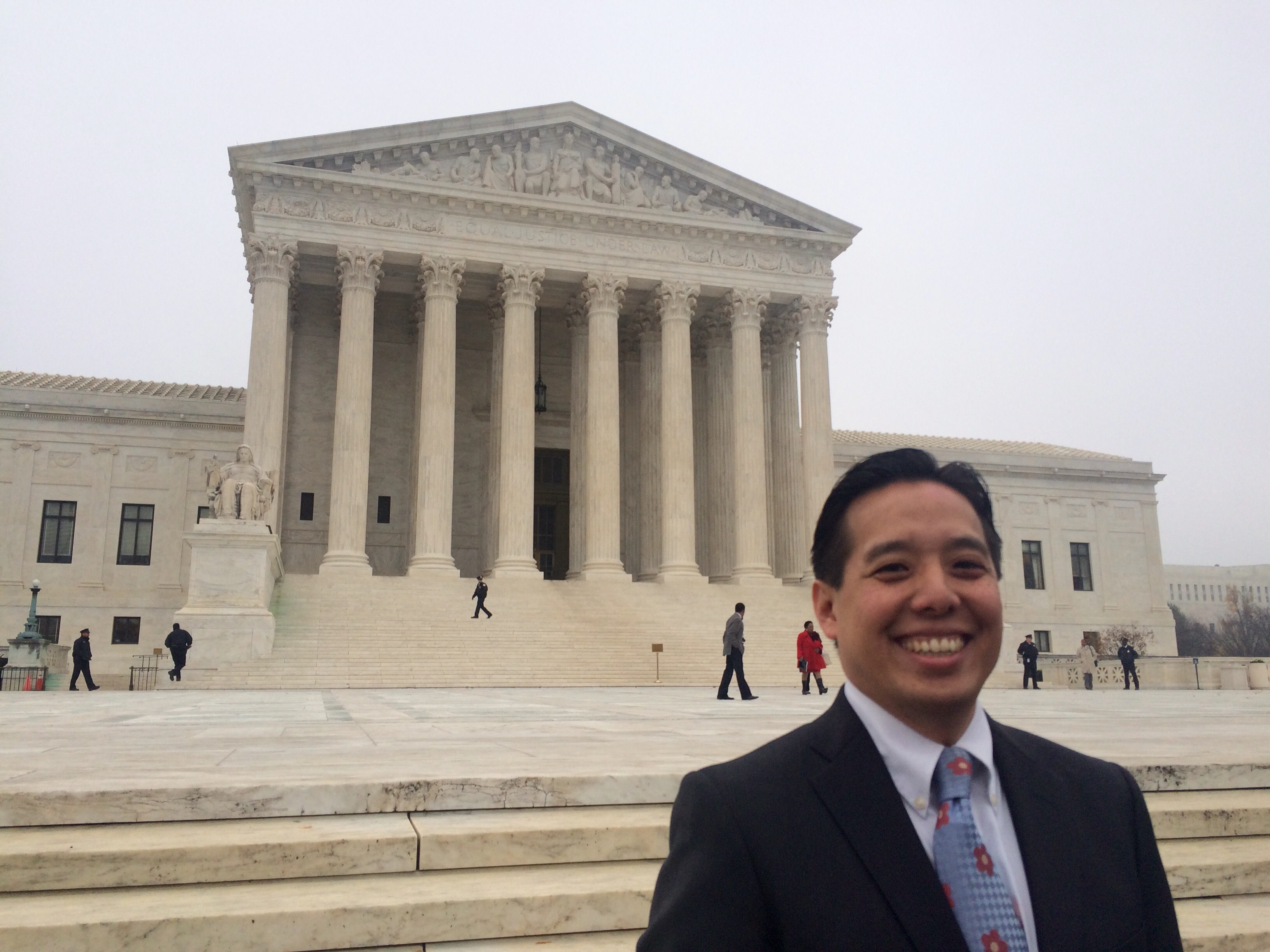 Thank you, Reverend Sharpton and the National Action Network for inviting me to join you today.

My name is Christopher Kang, and I represent the National Council of Asian Pacific Americans, a coalition of 35 national Asian American, Native Hawaiian, and Pacific Islander organizations that support affirmation action.

I represent the more than 160 Asian American and Pacific Islander organizations throughout the nation who have joined briefs asking the Supreme Court to uphold the University of Texas admissions program.

I represent the 69% of Asian Americans throughout this country who support affirmative action programs in higher education.

Let me be clear: We support opportunity, diversity, and inclusion.

And we refuse to allow our community—the Asian American, Native Hawaiian, Pacific Islander community—to be used as a wedge by those who seek divide us.

I know that some people might say that affirmative action hurts Asian Americans.

These are the same people who call us the so-called “model minority.”

But these critics simply do not understand our community—even if they come from it, these critics do not appreciate the breadth and the diversity and the richness of the Asian American and Pacific Islander community.

We speak more than 300 languages.

We are not the same.

Our challenges—and our successes—our priorities and our concerns vary greatly from one ethnicity to another.

Don’t paint us with one brush and call us a “model minority” to pit us against our brothers and sisters in other communities of color.

Don’t call us a “model minority” so you can dismiss our needs—and tell us that our community has made it, so we don’t need access to resources or a helping hand.

And don’t call us a “model minority” who succeeds in education and therefore is harmed by affirmative action.

For decades, affirmative action has expanded opportunity and has opened doors for many Asian Americans and Pacific Islanders to public and private universities.

And it continues to do so today, by making sure that talented students from all backgrounds get a fair shot and equal access to educational opportunity.

But we don’t support affirmative action only because it opens doors for us.

We support affirmative action because we understand the benefit of diversity—for all students.

We understand that diversity makes our nation stronger, not weaker.

We understand that learning with and from people of different backgrounds and perspectives and life experiences improves the classroom, improves the workplace, and improves this country.

And we understand that this diversity—this opportunity to interact with students of different races and ethnicities—is an important step to understanding, to social justice, and to racial healing.

If we had more diverse interactions in our society, maybe more people would understand the difference in our community between an Arab American and a South Asian American, a Muslim American and a Sikh American—and they would have a better understanding that all are Americans.

Because we are part of something greater.

Asian Americans and Pacific Islanders are not a “model minority.”  We are part of the new American majority.

And we will not allow anyone to divide us from other communities of color.

We have long stood side-by-side in the struggle for civil rights.

In 1965, in the lead up to the third march from Selma to Montgomery, Reverend Abraham Akaka—a Native Hawaiian who met Dr. Martin Luther King the year before—sent Dr. King Hawaiian flower leis, that he and others wore on that march, as a symbol of Asian American and Pacific Islander support for the civil rights movement.

I am here today to show the same spirit of solidarity, support, and aloha.

In 2007, I stood on the Edmund Pettus Bridge with Congressman John Lewis as part of his annual pilgrimage. And few things ring truer than when John Lewis tells you to find a way to get in the way.

So I am here today to get in the way of that myth that Asian Americans and Pacific Islanders oppose affirmative action.

I am here today to get in the way of any effort that seeks to divide us, rather than unite us.

All of us have to find a way to get in the way.

The National Council of Asian Pacific Americans stands with hundreds of organizations to declare: Our nation is better than this.