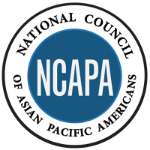 Washington, DC—The National Council of Asian Pacific Americans (NCAPA) and The Council for Native Hawaiian Advancement (CNHA) joined together in criticizing Aloha Poke Co., in the wake of the controversy caused by the Chicago-based business following their decision to issue cease and desist letters asking that similarly named businesses change their names. CNHA, who is a member of NCAPA joined with the coalition in issuing the following statement:  The National Council of Asian Pacific Americans, in representing all of the diverse groups within the Asian American Pacific Islander community, stand with our Native Hawaiian brothers and sisters, and share their anger and frustration over the disappointing decisions made by Aloha Poke Co. While we acknowledge that the company has issued an apology, its reliance on defending its trademark, suggests that the company does not fully understand how offensive and inappropriate their actions have been to many within our community."No one has the right to disenfranchise a culture and a people, as well as dictate what constitutes pono (proper) business practices," said Kuhio Lewis, Chief Executive Officer of CNHA. "Hawaiian culture is not meant to be a commodity and the continued exploitation of it, our language and kanaka is absolutely unacceptable.”NCAPA National Director, Gregg Orton added:“Food has always been a cornerstone of identity for any community—and what better way to break down barriers than to break bread? This is why the actions of Aloha Poke Co. and their attempt at an apology are so offensive and disappointing. Hopefully this experience will serve as another reminder to all current and future culinary entrepreneurs and explorers that when you “discover” something wonderful and “new,” you can’t own something that doesn’t belong to you.”