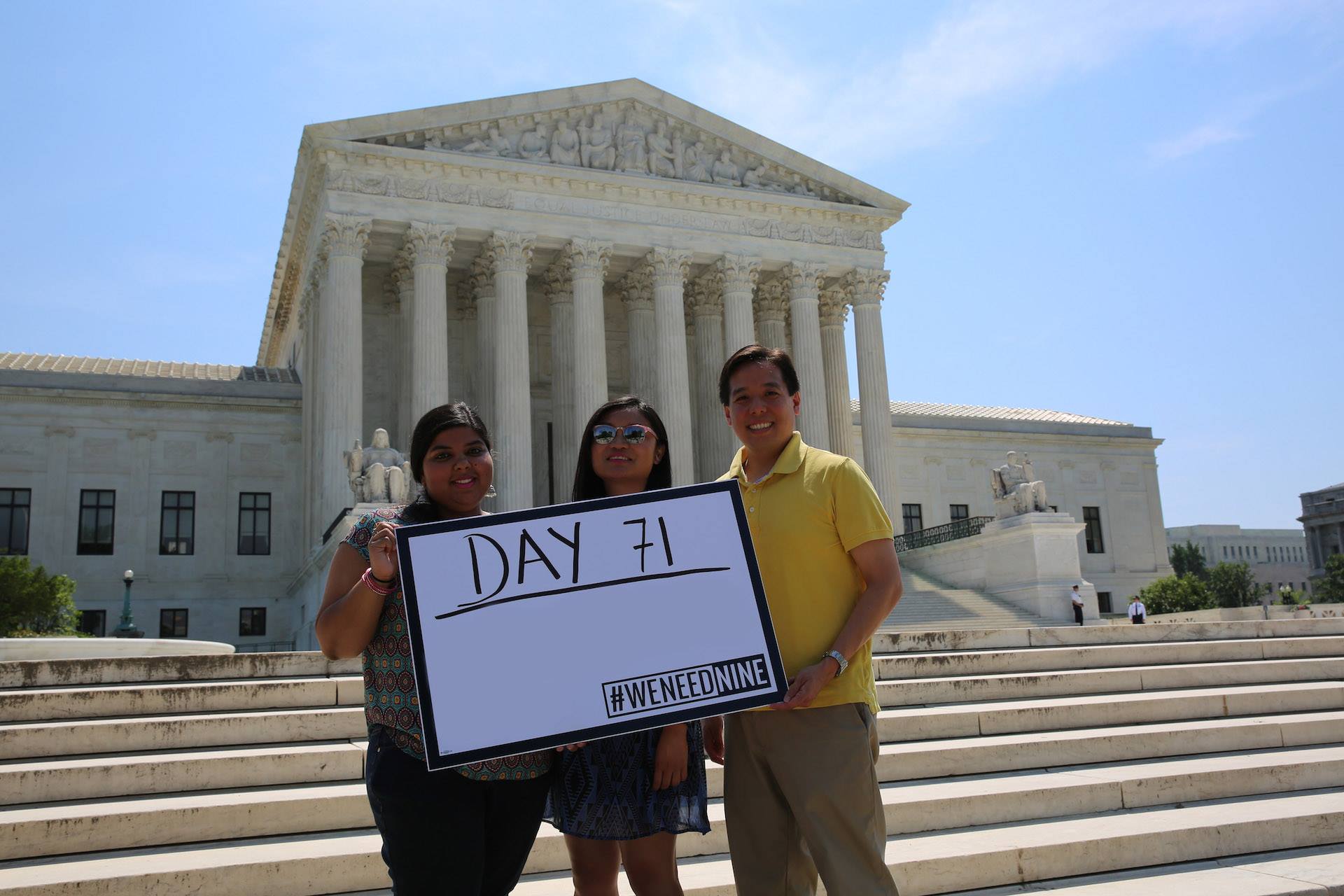 NCAPA staff members Nisha Ramachandran, Mary Tablante and Christopher Kang support the We Need Nine campaign. The campaign is a project of the Constitutional Responsibility Project to urge Senators to fulfill their constitutional duty. (Photo: WeNeedNine.org)

“It has been more than 70 days since the President nominated Chief Judge Merrick Garland to serve on the Supreme Court--and no nominee in more than 50 years has waited this long for a hearing,” said NCAPA National Director Christopher Kang. “It is long past time for Republican Senators to do their job and to fulfill their constitutional duty. Vital issues affecting AAPIs and all communities, from the President’s immigration actions to reproductive justice, rely on Supreme Court decisions. All Americans deserve a full court.”

This week, NCAPA and Advancing Justice | AAJC also sent a letter--joined by 70 AAPI organizations--to Senator Charles Grassley, chairman of the Senate Judiciary Committee, calling for an end to the unprecedented obstruction. Fourteen additional NCAPA members* were among the signatories.

Individuals can tell the Senate to do its job by supporting and signing on to the We Need Nine campaign.

###Based in Washington, D.C., the National Council of Asian Pacific Americans is a coalition of 35 national Asian Pacific American organizations that serves to represent the interests of Asian American, Native Hawaiian, and Pacific Islander (AANHPI) communities and to provide a national voice for our communities’ concerns. Our communities are the fastest growing racial/ethnic group in the United States, currently making up approximately six percent of the population.