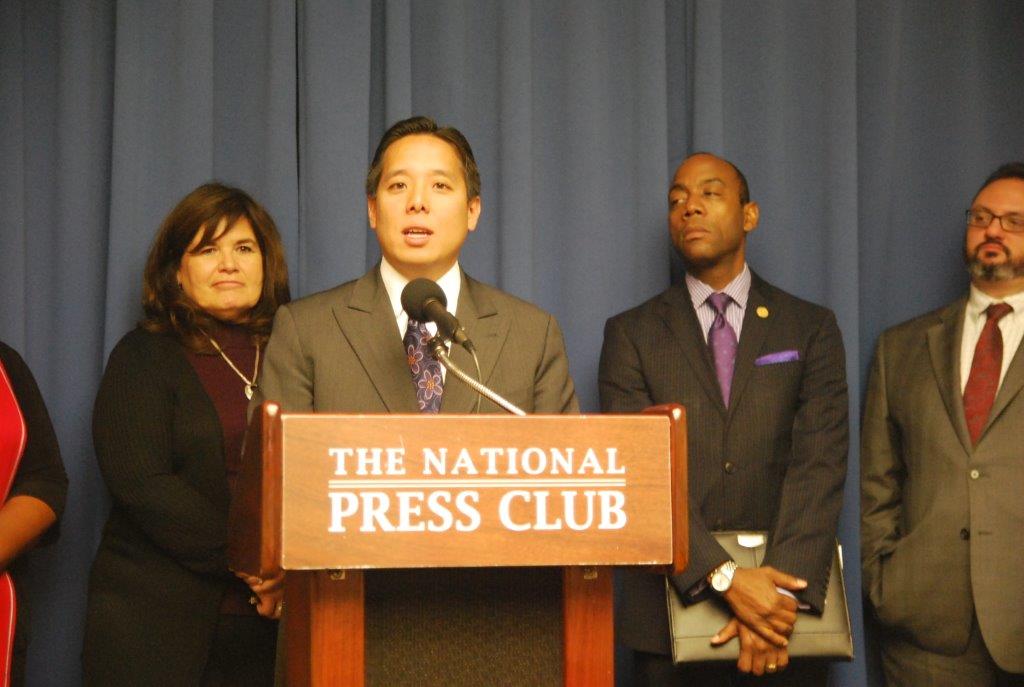 National Council of Asian Pacific Americans (NCAPA) National Director Christopher Kang gave the following remarks in a press conference today with civil and human rights leaders in the aftermath of this divisive and charged election:
There's a saying that you campaign in poetry and govern in prose.

But Asian Americans, Native Hawaiians, and Pacific Islanders did not hear poetry from the President-Elect during this campaign.

People of color and immigrants did not hear poetry from the President-Elect during this campaign.

Women, people with disabilities, people of faith, and LGBTQ people did not hear poetry from the President-Elect during this campaign.

Instead, we heard divisive, hateful, and prejudiced rhetoric that led Asian Americans to declare that racism is one of the three most important problems facing our country--and number two among AAPI millennials.

Our nation is better than this.

And so, while the change from campaigning to governing is a challenge, our call to President-Elect Trump is quite simple: to reject the bigotry, prejudice, and hate that never should have been part of his campaign in the first place.

If he does this, if he sincerely seeks unity, and if he truly listens and understands our lives and our lived-in experiences--the fears, priorities, and concerns of our communities--not dismissing them as political correctness, then there is much we can accomplish together. Measures with bipartisan support, from voting rights, criminal justice reform, and immigration reform to economic, education, and health care policies that include all Americans.

But if President-Elect Trump does not seek a more inclusive path--if his divisive rhetoric continues, if he pursues policies of profiling or enforcement-only approaches to immigration, if he tries to strip Americans of their health care--then we will stand strongly in opposition.

We will fight any effort to limit our civil rights, restrict our human rights, or trample our constitutional protections.

We will fight for the country we believe in and the nation we deserve.
###
Based in Washington, D.C., the National Council of Asian Pacific Americans is a coalition of 35 national Asian Pacific American organizations that serves to represent the interests of Asian American, Native Hawaiian, and Pacific Islander (AANHPI) communities and to provide a national voice for our communities’ concerns. Our communities are the fastest growing racial/ethnic group in the United States, currently making up approximately six percent of the population.

NCAPA is a member of The Leadership Conference on Civil and Human Rights, who organized this morning's press conference with leaders of civil and human rights organizations representing people of color, immigrants, religious minorities, women and people with disabilities.
Do you like this post?
Tweet