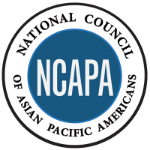 WASHINGTON, D.C.--Asian American leaders of the National Council of Asian Pacific Americans (NCAPA) will convene at the National Japanese American Memorial this Wednesday, Dec. 16 to stand in solidarity with the Muslim, Sikh, Arab, and South Asian American communities. The rally is in response to anti-Muslim hate and rhetoric that has increased following recent terrorist attacks.

WHERE: The Japanese American Memorial to Patriotism During World War II -- At the  intersection of Louisiana Avenue and D Street, NW in Washington, D.C.